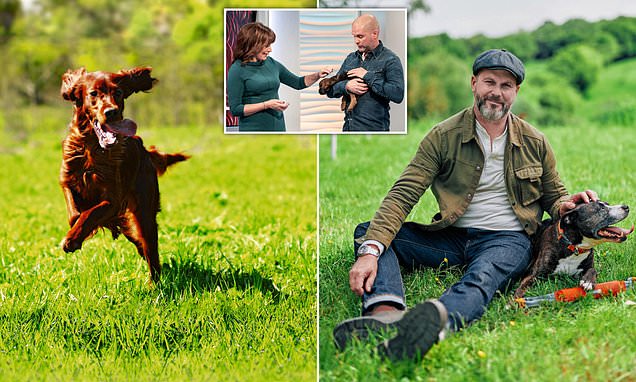 Steve Mann tries to tot up how many dogs he's had in his life. Professionally there have been thousands, of course. As perhaps the highest-profile dog trainer in the country he's worked with countless four-legged clients of every breed, size and temperament.

Over the past 30 years, Steve has trained dogs to work with security services in the Middle East, with poacher-trackers in South Africa and as therapy dogs for traumatised veterans. He's also taught a string of celebrities to handle their dogs, from Fiona Bruce and Brendan Cole to Selina Scott and footballer Theo Walcott.

Graham Norton came to him with a specific problem: when he walked his dog in Hyde Park he used to have to go to the cash machine to take out a stash of tenners first, because his dog was guaranteed to run into the middle of people's picnics.

Graham would scurry behind, handing out apologies and compensatory cash. Lorraine Kelly was mortified when she had Steve on her show, and her puppy Angus messed on the floor. 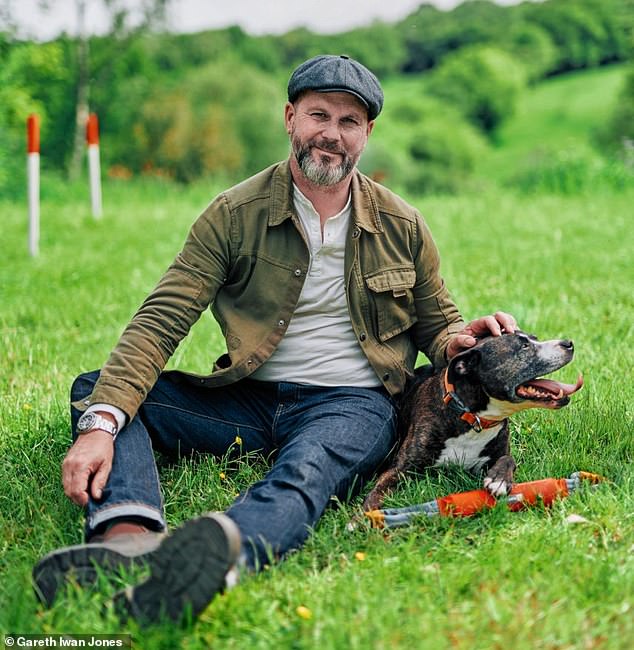 Steve Mann, who runs the Institute of Modern Dog Trainers, is offering dog training masterclasses to those subscribed to BBC's Maestro series. Pictured: Steve with his dog Pablo

Steve has also written a series of books, including the bestselling puppy training guide in the UK. Easy Peasy Puppy Squeezy is a bible for dog owners, and sales have surged during the pandemic as we've all gone puppy mad.

'Dog ownership's never been higher,' nods Steve. 'There are two and a half million more dogs in the UK than at the start of the pandemic.'

Steve runs the Institute of Modern Dog Trainers and says every dog trainer in Britain is in demand. 'We've had a tsunami of enquiries. All the trainers are working flat out. They can charge what they want.'

Steve's latest venture is timely then. He's joined forces with the BBC's Maestro series, offering dog-training masterclasses to those who subscribe.

It's an interesting addition to the series of online courses, which already has a string of experts offering video-based tuition and guidance in their field, including Gary Barlow on songwriting, Julia Donaldson on writing children's books and Marco Pierre White on cookery.

Steve's videos cover all the essentials – from how to stop your puppy biting your ankles or demolishing the sofa to dealing with sudden problem behaviour in older dogs.

'So much of the old-style dog training was about dominating your dog. That's not my way at all. It's about a partnership, you working with your dog.'

Obviously he's biased, but Steve thinks the whole world of dog-training should be a bit less stern. We may have come on from the days of the formidable Barbara Woodhouse, but not enough, he says. 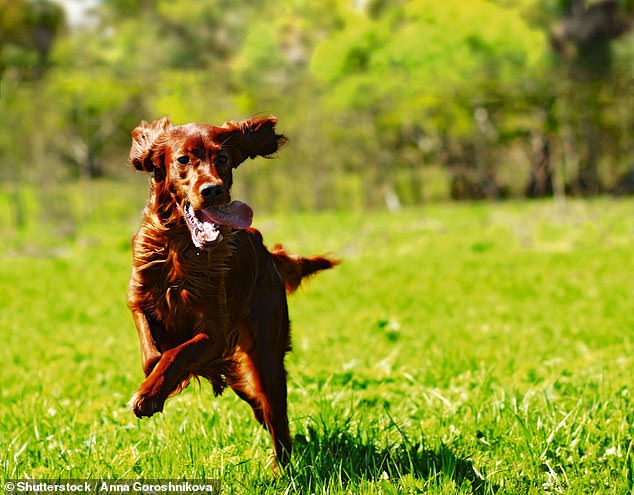 'I don't think there's ever been a good TV programme about dog ownership,' he says. 'I'd love to see a Naked Chef, Jamie Oliver-type show that just celebrates dogs. All the shows have been about 'problem dogs'.'

He'd want to front this show, obviously. 'Well, it's probably my ego thinking, 'I could do better,' but it's true. On TV, dog trainers never get to wear good clothes or have good music. They never get to look beautiful.'

He's baffled as to why we don't have a slew of TV programmes about dog training, arguing we need them more than cookery shows. 'Not knowing how to train your dog will cause you more problems than not knowing how to cook a flambéed whatever.'

So how did a boy who didn't even have a dog as a child grow up to be a self-confessed dog nut? 'I think the fact we didn't have a dog made it even more of a Holy Grail thing,' he says.

'I'd play out in the street with other people's dogs, but when I was about seven or eight a dog-training club started, and that was it.'

He'd lost his heart – to the dogs, the trainers, the whole lot. 'I'd go along, either without a dog or I'd take a neighbour's dog. I'd get there early to help put up the cones.

'I'd help pack the stuff away. I was obsessed. And the trainers – they were gods to me. They were like superheroes or astronauts.'

By the age of 16, he was taking dog-training classes himself, and by 18 he'd set up his own business. 'The more experienced I got, the more I questioned how trainers were doing things. I wanted to do it my way.' 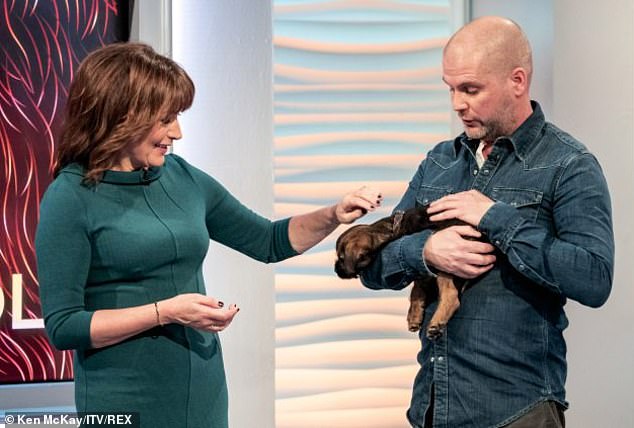 On TV with Lorraine Kelly and her puppy Angus

One of the huge problems with dog ownership is that there is no agreed way to train a dog. His approach is about understanding why a dog is behaving the way it is.

'What's in it for him or her, basically. I often hear people say, 'My dog is naughty, or stubborn, or whatever,' but dogs don't have moral compasses. They aren't barking or jumping to annoy you, they're doing it because they're getting something back from it. You have to work out what that is, and replace it.'

He has funny tales of owners who've tried and failed. His favourite is the man who smeared mustard on every surface of his living room to try to stop his puppy chewing the furnishings.

What about his own dogs though? He reckons there have been 16 of them in his life. He lives with his wife and 18-year-old son ('who is quite different from me, in that he has grown up with dogs') on a farm in Hertfordshire.

The UK has 2.5m more dogs than before Covid

There are five dogs currently, mostly rescue animals because he works with rescue charities. All have their stories. There is Nancy the Chihuahua, who was picked up at South Mimms service station where she'd been abandoned.

Then there's Pablo, his Staffordshire bull terrier, who has a starring role in his Maestro series.

'The dog warden picked Pablo up 12 years ago and said, 'You have to see this dog,' and I said, 'No, I'm not in the market for another dog.' He was flea-bitten and mangy, but he ran up to me in the kennels on the Monday, and on the Tuesday the dog warden saw me walking past with Pablo and I'd put a jumper on him. That was it!' 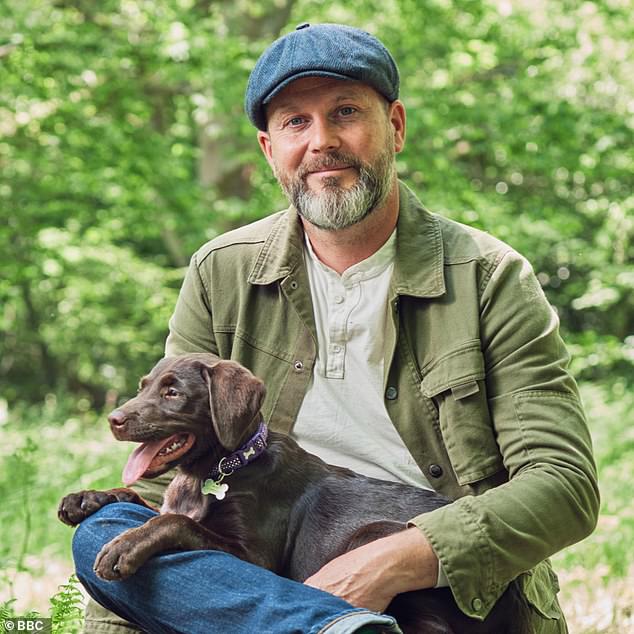 There's also Summer, a lurcher/Jack Russell cross, Spider, a black whippet, and Ash, a German Shepherd who was found on a campsite alongside 50 other dogs, some in a terrible state. 'Even now Ash has bald patches on the legs, where the chains used to be. The hair has never grown back.'

Steve can tell you stories about pretty much every dog he's ever loved. There was Brody, who had lived in a car and, for the rest of his life, 'wanted to get into every car we walked past'.

On the wall behind him is a picture of a handsome Belgian Shepherd, Carlos. Carlos was the king of dogs, 'strong, confident, bold. He was special'.

Steve used him to demonstrate advanced techniques for the military. A few years ago, as he was writing his bestselling book, Carlos was diagnosed with a heart condition.

'You're going to make me cry now,' Steve says, when we get to the inevitable subject of what happens when you lose the dogs you have loved. Yes, he did the one-way-journey-to-the-vet thing with Carlos, and yes he was in bits afterwards.

'It never gets easier. You're crying, your throat is a quarter of its size when you try to speak. But you should be heartbroken. If you're not, after sharing your life with this dog, there's something wrong with you.

'Those who work with me know how I am. With Carlos, I got back and they'd removed his collar, lead and harness.

'I couldn't look at them. But after six months I took them out again. Now I have the collars of all the dogs I've lost around the place, sometimes up against pictures of them.'

He doesn't mind confessing that he likes to sniff Carlos's old collar. 'That smell – gold dust! You're immediately transported back, not to the vet's waiting room, but to the happy times when you've been out walking.'

You might expect him to be judgmental about newbie owners who have jumped on the puppy bandwagon in lockdown – and who are perhaps now faced with going back to work. While there is already a huge issue with abandoned dogs, he stresses that owners simply need support.

'People have said to me, 'We got a puppy. I know we shouldn't have.' But who am I to say who should or shouldn't have a dog? The last 18 months have shown us we need dogs.

'They've got us through this. But it's time to repay the debt by getting them ready to cope with life as things get back to normal. We owe them that.'

Source: https://www.dailymail.co.uk/femail/article-9880369/You-masterclass-dog-training-expert-Steve-Mann.html
NICK SIMON 3 weeks ago
previous post next post
We use cookies to ensure that we give you the best experience on our website. If you continue to use this site we will assume that you are happy with it. Ok